I’ve arrived. It was a rather chilly reception when I landed in China. With two degrees flashing on my watch I set off to the AirBnB, with my backpack strapped on. Another warm welcome greeted me and a delicious dinner was prepared by my hosts, Sophia and Haoran. I was so curious about the government restrictions, my hosts happily explained their view on religion in China over dinner. This couple of self-confessed ‘culturally Buddhists’ explained that religion is possible in Shanghai and their mother dutifully attended temple regularly. It’s no problem to attend church, they said. Okay, I thought, this will be easy.

So I set off to explore. I had two agendas in Shanghai. Operation Brazilian Visa (a whole separate post needed for that), and find people of faith in Shanghai, without getting into trouble. My trip was very loosely planned; mostly just to fly by the seat of my pants was the plan. Which was actually how I ended up in Shanghai. My sister-in-law’s Finnish cousin, Emma , who I only met on Christmas Day, is studying there so she offered a bed in her university dorms. Why not? 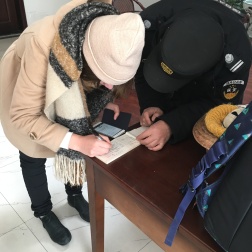 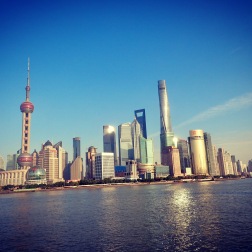 So using Sanda University Halls of Residence as a base, and after getting past the very staunch and uncooperative guard that is, I explored that massive metropolis, and in my Googling I discovered an InterNations event. It was there I met Flora. Flora was a gorgeous Chinese woman who had lived in the US for many years. We shared our stories and she told me how she had come to know Jesus through her friends in the US and that through a difficult time in her life she decided to see what all the fuss was about. She candidly relayed the intimate details of her life’s trials and nonchalantly mentioned how kind church people were. A notion I’m pleased to agree with, reminding me of a comment made by one of my mates in Bali who I took to a church event once. “Christians. Always so bloody nice aren’t they.” (Yes Matt, they are!). What was interesting about Flora was that she was desperate to find a church but had been deterred by all the regulations stating as a Chinese passport holder she could not attend. What? So rightfully or not I invited her to the church I had attended earlier in the week. She went and has found home there, one email is all it took. I wondered how long she had been searching for a church family?

I explored temples and churches mainly in Shanghai and attended an incredible ‘women in faith’ fellowship group. Women from all over the world met to discuss God and share their faith. I was welcomed with open arms and the host Carolina from Costa Rica sparked my interest in the turtle program there. (I might just do that, it’s been nagging on my heart for over a decade). About 20 women huddled in and we were led by a wonderful woman whose testimony was inspiring and of course there was cake. I questioned the restrictions on Chinese participation and one lady said, “I heard that if the government came you better have a foreign passport, but I don’t ask questions and there are definitely Chinese locals in the congregation.” Confusing. The women prayed for my journey and gave me encouragement and wisdom. I was so happy to have met these ladies and will be sure to drop in on some more fellowship groups. 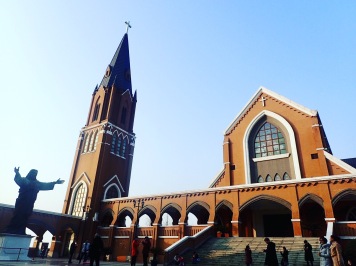 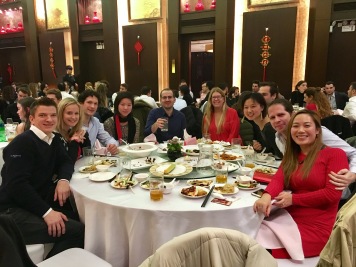 Lastly was Moses, now he never said he was faithful and he may not be. But, his name was why I picked his AirBnB for New Year. What I liked about Moses was his open attitude, we discussed religion and he was in the conservative camp. Maybe if you want to pray you can but it’s not encouraged. He did mention with the beauty of VPN in China now the access to ‘real’ information is easier. I asked him how he got his name and he said in English class in high school they chose English names. He had heard the story of Exodus and thought, “I want to be a leader and with a name like Moses maybe I will be.” A simple idea and maybe it just made sense to a 14 year old boy. Or maybe it is like the story of Abraham – Genesis 17:5. No longer will you be called Abram; your name will be Abraham, for I have made you a father of many nations. 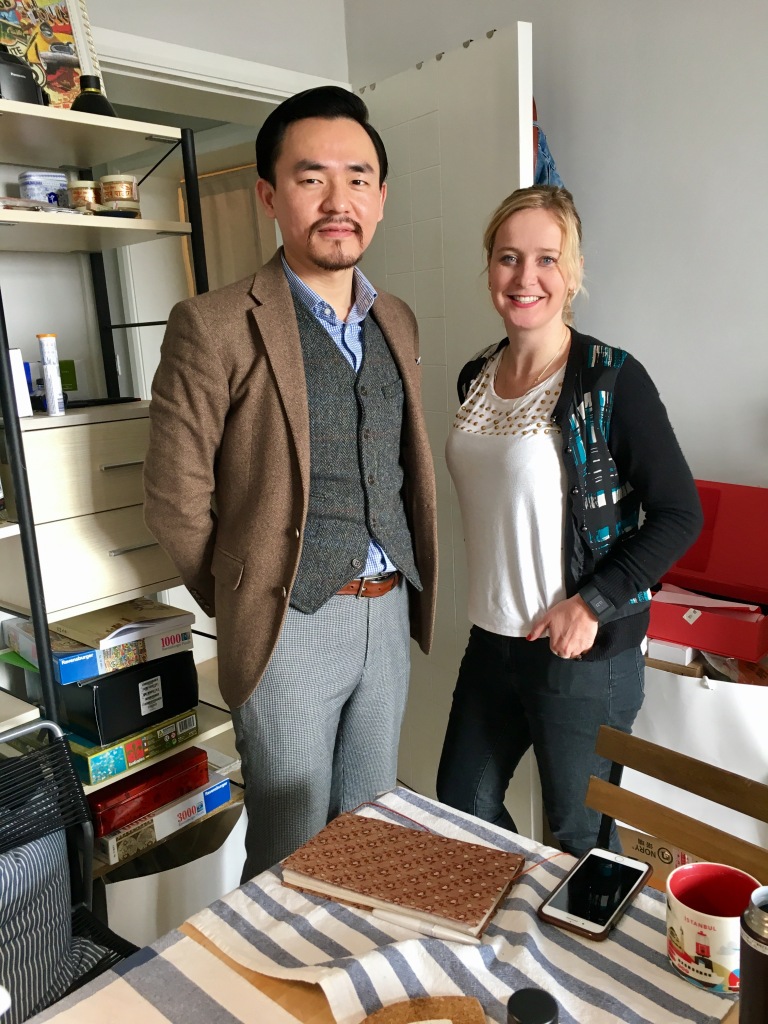 Moses certainly had the presence of a leader in my eyes.
I’m yet to discuss the ins and outs of Buddhism with a monk but I’m heading to a town with a famous temple so that might be my chance.

2 thoughts on “Shanghai – Where are the Faithful?”