I’m left feeling a little confused. I’ve travelled the north and south of China and chatted to anyone who would listen and I’ve found three conflicting arguments. 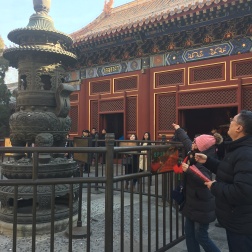 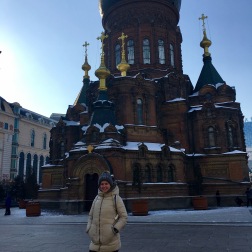 There is a rich history of diverse religion in China. I have explored mosques, churches, temples and synagogues. But if I’m honest most were somewhat lacking in that feeling of closeness to God that I usually find in places of worship. For the most part they were beautiful buildings filled with people. But they were tourists, not faithfuls. Historical buildings to be admired for their architecture, not houses of God. Restored and respected, but not revered. Some of which you can’t even enter. Empty, dormant, just a shell of a past time gone by.

In Harbin the soullessness of a gorgeous historical Russian church broke my heart. The only association with God in this incredible place was an extraordinary last supper painting at the front, where I imagine the altar lay many years ago. Not a pew in sight; a history of Harbin adorned the walls and that’s all. It was filled to the brim with Chinese tourists taking selfies and skimming past the information on the walls. It was a tick in the box sight to see whilst in town for the annual ice festival. At least that’s what it felt like. Also in Harbin I found a spectacular refurbished synagogue which is now a Jewish museum, here at least relics of the faith that should be running through the halls could be found.
Although, the most perplexing church was the fabulous Gothic Cathedral in Shanghai. There was a Christian book store at the side but the building is a not allowed to be entered and the annex is a restaurant and function centre. The ladies in the book store selling bibles said there is no service here… ever. Odd, so no service, but come and buy a bible?
With a population of over 1.4 billion people the 50-odd locals I spoke to in two weeks is hardly an accurate representation, but I get the feeling there is two camps. The faithful who find a way, and the others who see religion as a history lesson or something the west does, not a reality in China. Let’s ignore the fact that it’s a Buddhist nation for now and that temples filled with monks and worshippers are plentiful. 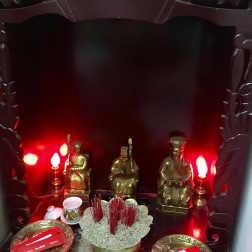 China. It’s a strange place and the mystery of religion continues as I attended Chinese New Year celebrations in the Jina’ng Temple. To be by my side at midnight in the temple you would be rest assured faith is alive and well in this great land. A sea of thousands of heads bowed, hands in prayer, awaiting the New Year to commence. On the other hand if you walked the empty halls of churches in Beijing you’d perhaps find yourself saddened by the gaping hole of faith in such  iconic buildings.
To me places of worship of any denomination command a certain respect. They provide a community vibe, one of inclusion, sanctuary and service.  It is with dedication and devotion that people invest time, money and effort into these places. They are holy buildings of faith where the people can gather, united and give thanks to the Lord or pray for others, the world, and for peace. 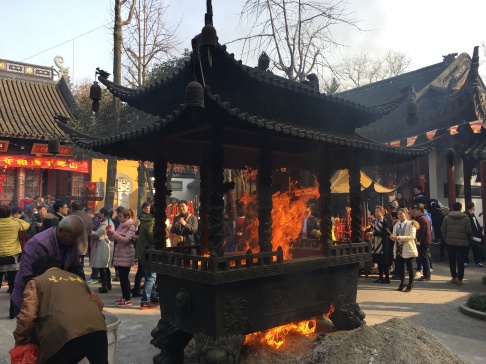 I did find mosques, churches and temples with active services of not only expats but of real locals and was invited to tea by a Daoist leader in Harbin. In saying that, I pray more often than not in my house or my head, or when I’m walking I chat to God. So it begs the question. Is religion really reliant on a building? I know faith is not. Faith is in the heart of everyone. There is definitely faith in the hearts and minds of the Chinese. How many and how true, who knows? 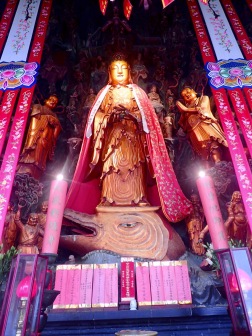 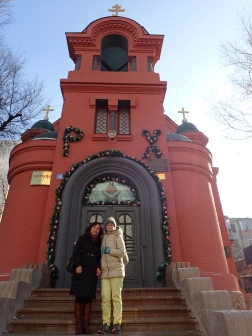 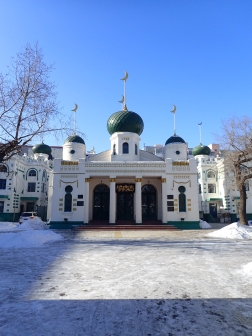 OLYMPUS DIGITAL CAMERA
Yet, I still find myself called to pray for China. Is that arrogant of me? Is it superior to feel sad for people who are restricted in faith? I claim to be all accepting but to be hidden or confused about whether or not you can choose and practice a faith whichever you like, to me is disappointing.
So that was China. Back to the Middle East – Lebanon here I come!
Yours in faith,