Harbin is a town in the Heilongjiang province in China all the way north, bordering Mongolia and Russia. A place I had never heard of until I came to China and the uni girls in Shanghai suggested I check out the annual ice festival. Every year thousands of domestic and international tourists flock to see the spectacular Harbin International Ice & Snow Festival. Where entire roundabouts are converted to ice brick palaces complete with lights and the footpaths in the main square have ice sculptures and snow creations. Even hotel lobbies have incredible creations on display. 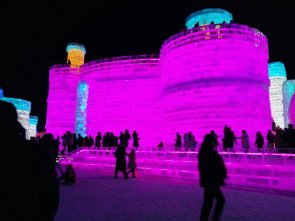 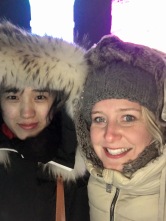 There are several venues hosting the festival activities and I decided to head to the biggest and best on offer at Ice and Snow World. As the name suggests, it’s freezing! I had pocket warmers in my shoes, gloves and even on the back of my phone to stop it from shutting down. My fellow ‘single rider’  Da Win Sho wandered the park with me, sipping tea and admiring ballerinas carved from ice, castles, a giant snow rooster on the hill and even ice slides (which I skipped as I already couldn’t feel my legs). This is definitely worth a look if you are in this part of the world in January or February, but rug up as minus 20 is not for the feint hearted and this Aussie certainly was feeling it. In fact the flu set in pretty soon after I arrived and lingered until I hit the moderate temperatures of Hong Kong almost a week later. 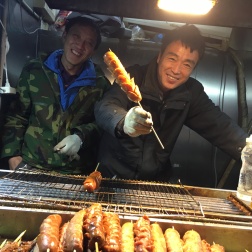 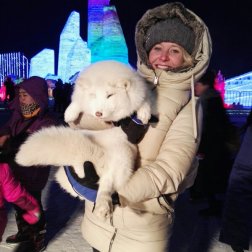 Of course, this trip was not about sightseeing and tourist spots so unless there was an interesting religious history it was a no go. Well I don’t think I could have found a more religiously diverse history in all of China. Being so close to Russia the people of Harbin have Jewish and Russian Orthodox history, combined with the Temples for Confucius, Daoism and Buddhism. They also have some of the most beautiful church buildings I’ve seen in China. The food is also worth a mention.  Russian sausage on a stick sold next to dumplings and non-alcoholic German beer anyone ? 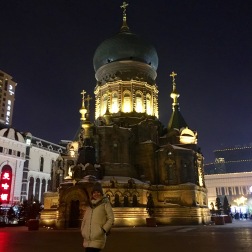 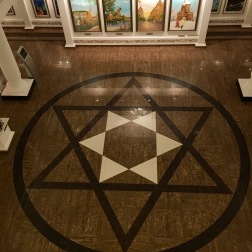 I set out to explore these places; to talk to the people  and discover the religious tapestry. What I found was perplexing and disheartening for a faithful like me. Churches, built with devotion and dedication to the Lord, were empty shells. A magnificent synagogue stood proudly in the city centre which was converted to a museum. There were café lined streets and restaurants with the Star of David in the windows; the only marking reminiscent of the rich Jewish community that used to call this place home.  The architecture and grand design of these buildings were there to be appreciated and admired, for a price, with your tourist tickets. Many buildings seemed to be  visited to snap a selfie in between trips to the ice displays.  I guess a tourist at the Vatican or York Minster is the same. It’s not necessarily a pilgrimage for everyone. Maybe it’s just pretty to see if you’re in town, yet it left me heavy hearted.

What happened here? Clearly the limitations put in place by the regime affected these organisations, but I was surprised to see the soullessness echoing still today. I did find an operational mosque which was grand and beautiful. I was not able to go in but I was told that the Islamic community is alive and well in Harbin. My hosts and I continued to visit empty temples, boarded up churches and just when I thought all was lost we stumbled across the Harbin Nanang Christian Church and a service was getting ready to begin. Thank the Lord! A church full of locals, who were devoted and practicing their faith. The ladies chatted to us and remined me that Jesus loves me, the only English sentence they knew. Cute! 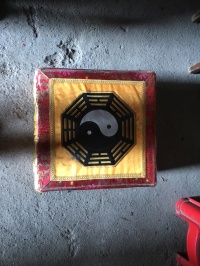 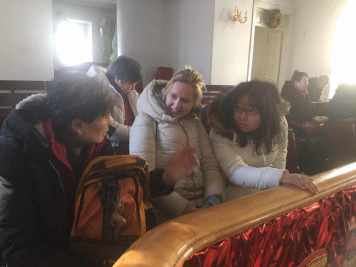 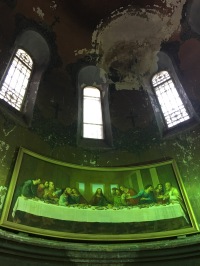 In this church the service was not due to start for another hour yet the congregation arrived early to interact with each other, read the bible quietly and then out loud in a chorus prior to the service. I noticed it was a very female led congregation with the odd scattering of a husband or son among the pews.

We also dropped into a Daoist temple not on the list but a must see, said my host. This small unassuming local temple housed a small shrine, three prayer stools, a table with information and incense. The Daoshi was happy to chat to me and gave me a gift to remember my time there. He explained to me Ying and Yang, reminding me of the importance of balance in my life and therefore the world. 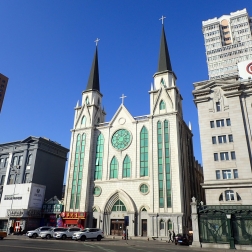 Three days in Harbin – seven churches, four temples two  mosques and a synagogue. Not to mention the Confucius temples that are supported by the government but not on the list of sanctioned religions. Harbin, rich in history but is it rich in faith? I’m not sure. China continues to confuse me as to whether religion is free or merely present? I’m not an investigative journalist, but what I do know is that people of all faiths have embraced me in China, so that has to stand for something.

One thought on “House of God Hopping in Harbin”