Let me start by saying that being in Jerusalem was a dream come true for me. From walking the path that Jesus followed down from the Mount of Olives on Palm Sunday, to being in the upper room where it is said that the last supper was held. I certainly had my moment in there, an overwhelming connection to Christ and a sorrow for what he must have been feeling on that fateful night. To walk the Stations of the Cross on Good Friday and be at the foot of Calvary where my Lord was crucified was an experience I will be forever grateful for and hold very dear in my heart. 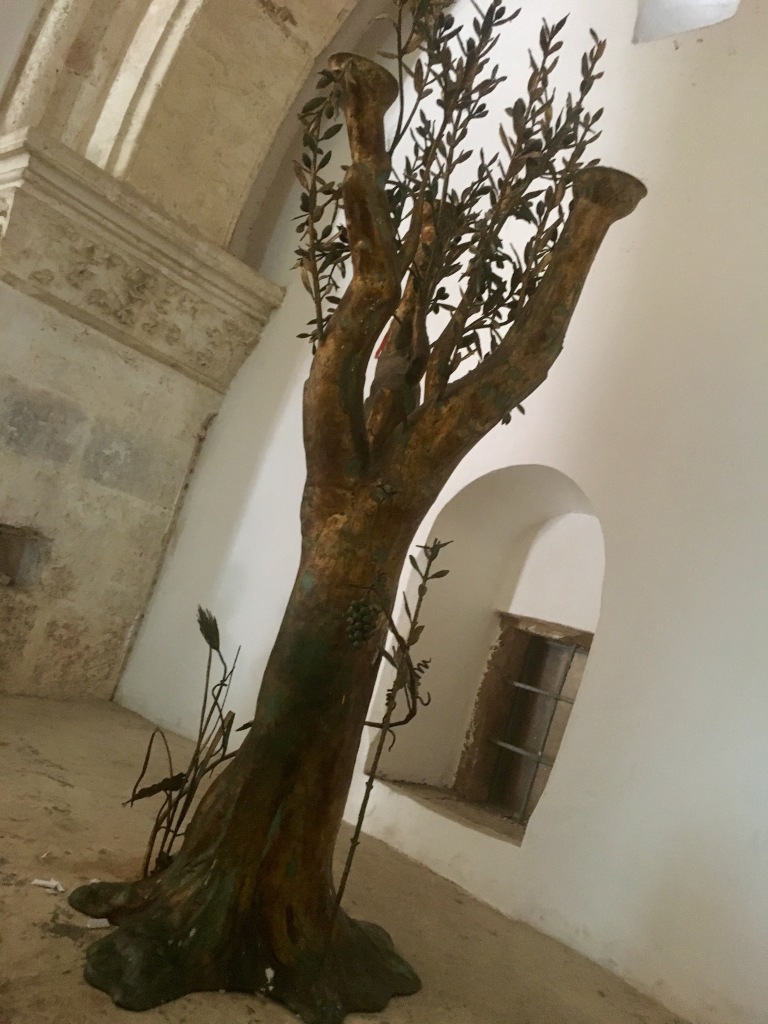 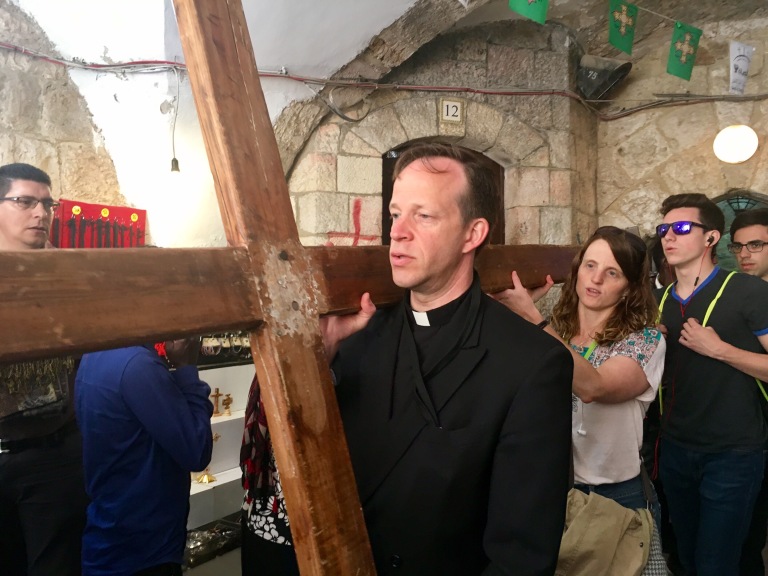 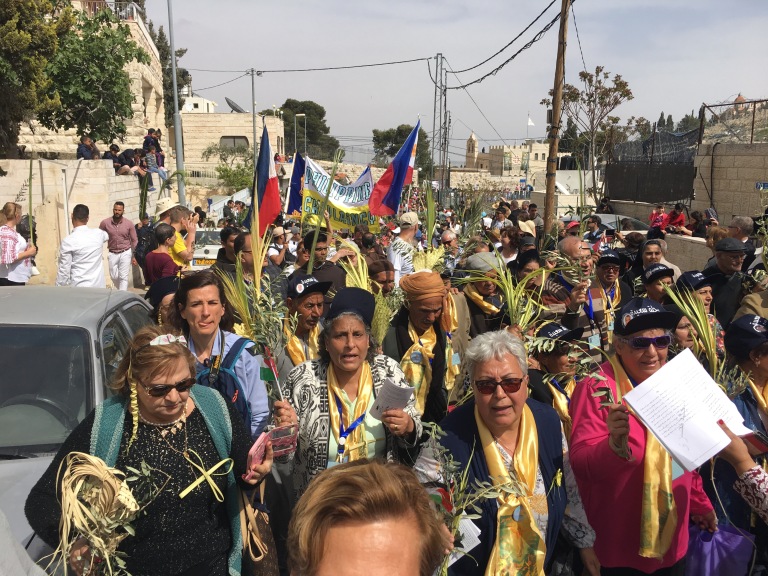 I was impressed by the diversity of faces among the faithful believers: Africans, Australians, Europeans, South East Asians, Indians, Sri Lankans and Americans too. Christianity is a faith that has spread through the ages to all corners of the earth. This is a place where pilgrims come together on this holy land to pay homage to Christ their Lord and commemorate the holiness of Easter. It was certainly worth the trip. 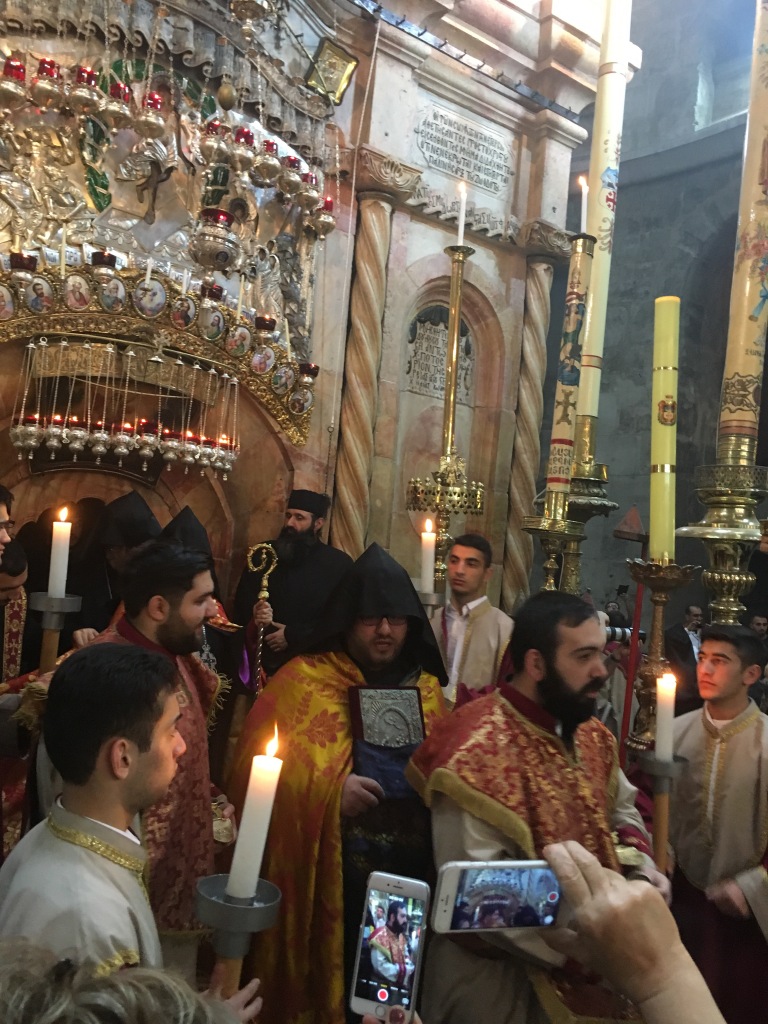 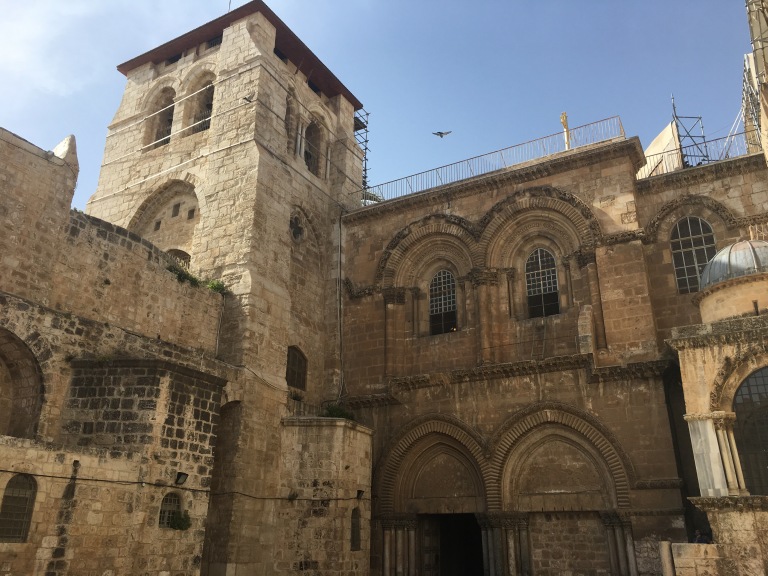 On the other hand, I was surprised by the sheer number of churches that were in this seemingly small town. For example, wherever there is even a hint of Jesus-related history a church has been erected. Nearly every Station of the Cross is marked by a chapel or church. The tomb of Jesus is surrounded by the Church of the Holy Sepulchre in which five denominations hold services in their sections. Fun fact: these five denominations, Greek Orthodox, Roman Catholic, Armenian Orthodox (both Syrian and Ethiopians), and the Egyptian Coptic Christians cannot agree on anything to the point where for centuries two Muslim families have held the responsibility of the keys that are for opening and locking up. It is a tradition that is viewed as an incredible honour for the people of these two families. I bet the Anti-Islamist Christians don’t know that one. 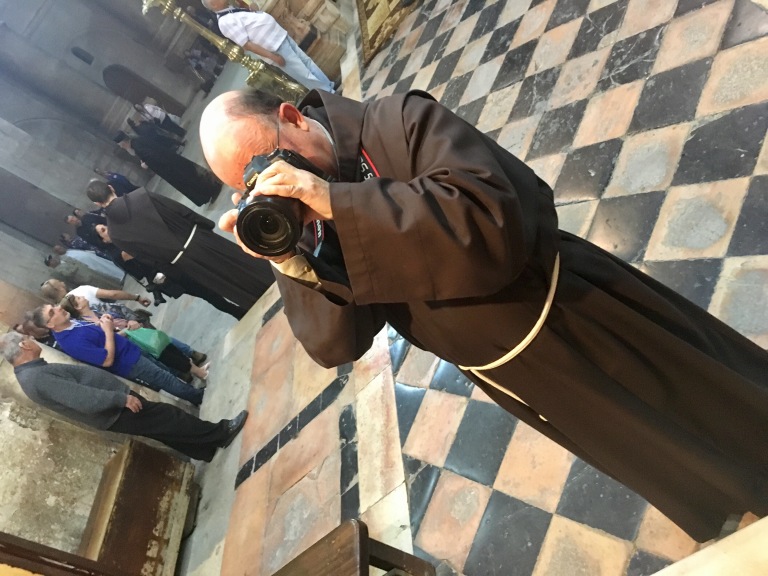 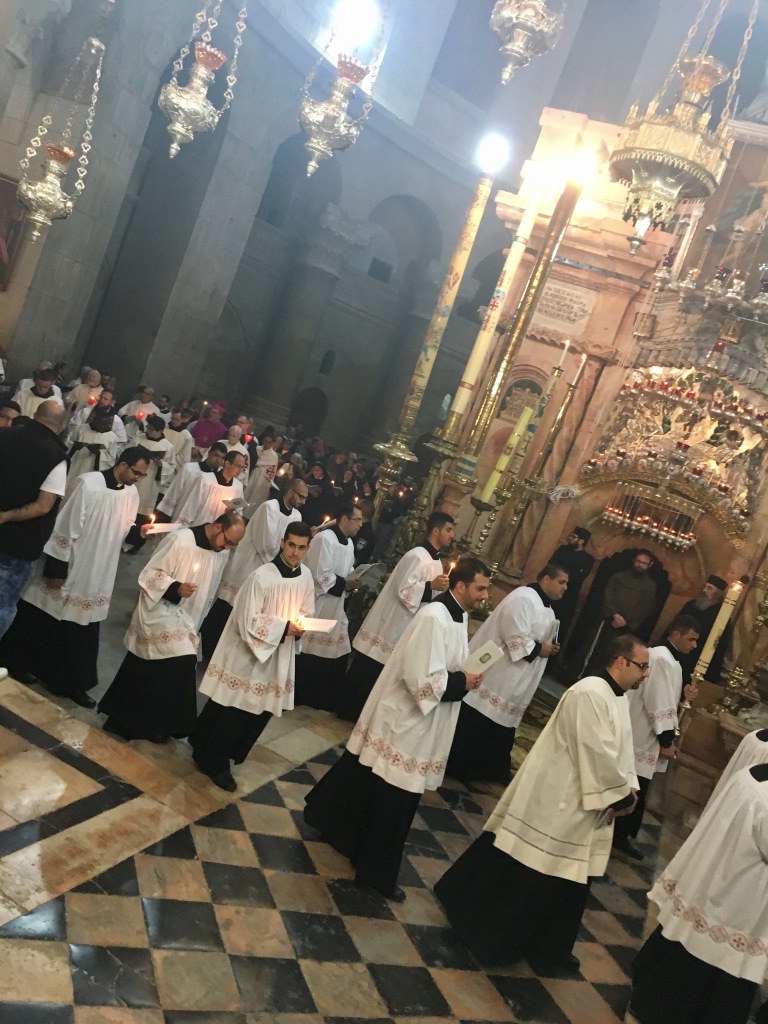 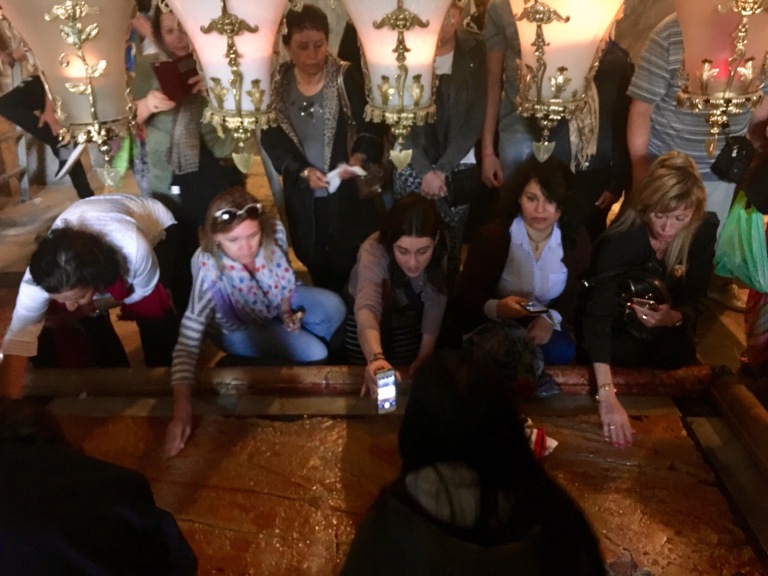 Idolatry, and the fact that the places and symbols of Jesus and his life seem to be worshipped with such vigour, I found unnecessary. I love Jesus but I did not feel compelled to kiss the ground where it is said he was born, or where he was condemned by Pontius Pilot. I ponder; it is a fine line between worship in memorial and idolatry of the symbolism of Christ. The crucifix hangs around my neck, yet if it were not there I would still have the love of Christ in my heart. St Christopher is in my passport wallet but I do not worship him. The foundation stone lay beneath the walls of a mosque but it does not remove its importance to me and my faith. 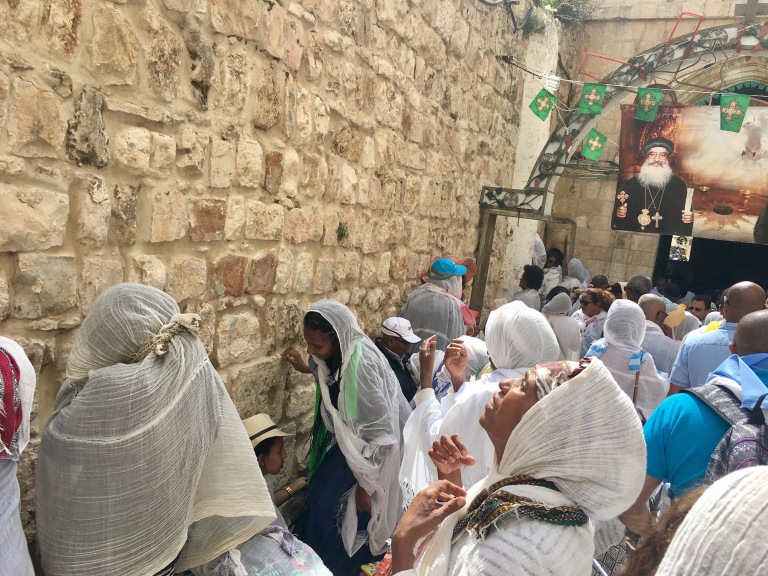 So perhaps in this Holiest of Holy land we need to separate ourselves from the history and idolatry of the locations and remember that the love of Christ or the teachings of Mohammed or the Torah is what is important. Perhaps we need to remind ourselves that the stone where Jesus lay or where Mohammed ascended or the Wall of Temple of Solomon is part of this land’s history.

The legacy is not the bricks and mortar; it is in the hearts and minds of the billions of followers who continue the great work of Abraham as his great nation. 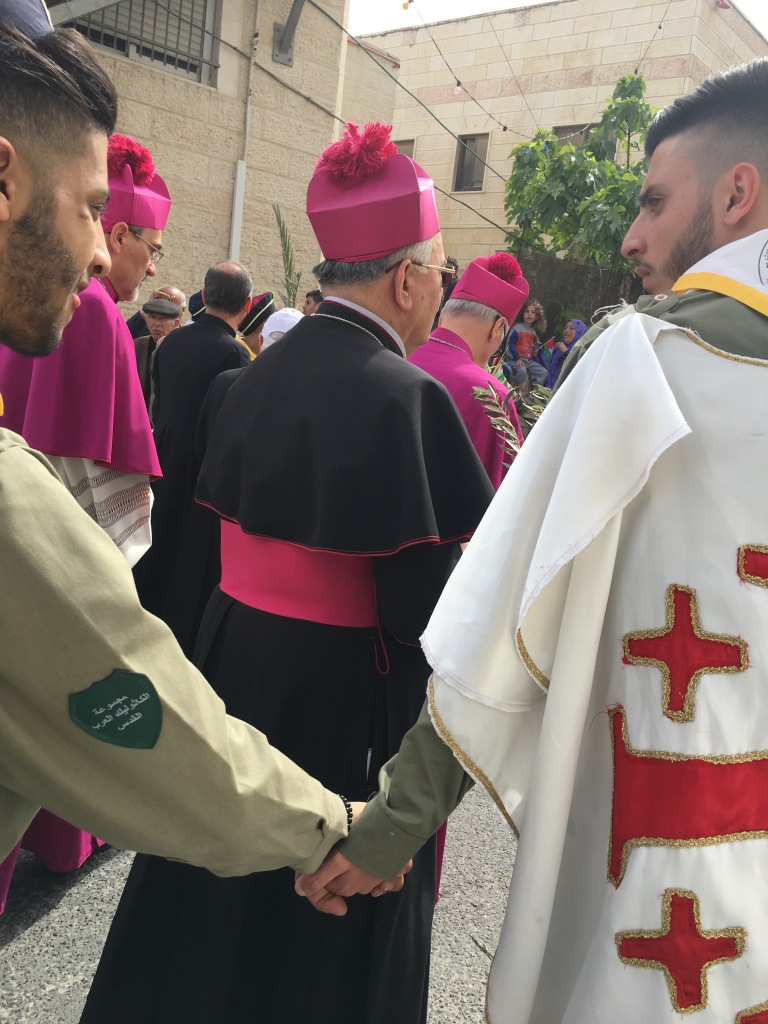 One thought on “Holy Trinity or Idolatry? – A tale of two cities”